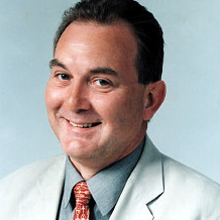 Martin Smith MBE spend over 15 years in the RAF assigned to counter-espionage. He gives a a fascinating insight into counter-terrorism, counter fraud and computer security. Martin's talent for storytelling means his speeches are both insighful and entertaining.

Martin Smith MBE has had a fascinating and varied career in the world of espionage. He is one of Europe’s greatest authorities on counter-terrorism, counter-fraud and computer security. His unique knowledge and skills are in enormous demand from commercial corporations around the world, and he is a charismatic  motivational speaker  and  keynote speaker .

Martin has a degree in Behavioural Psychology and spent nearly fifteen years as a commissioned officer in the Royal Air Force, mainly assigned to counter-espionage and counterterrorism duties throughout East and West Europe.

He received an MBE for this work and left the Service to begin a second career in the commercial sector. He joined Touche Ross Management Consultants before becoming the Senior Director of Corporate Security for Kroll Associates, the world’s foremost commercial counter-intelligence and security organisation. He then joined the Standard Chartered Bank as Head of Information Security before forming his own specialist security consultancy.

Martin and his team help large corporations around the world to prevent industrial espionage and to put in place their fraud prevention and e-business security strategies. In particular, they specialise in implementing effective employee security awareness campaigns.

Martin is an internationally recognised author and speaker on his subject. Over the years he has presented at all the leading world security conferences.

His papers and books have been published widely and he contributes regularly to the many international news networks in Europe and the USA that want his advice on security-related subjects.

Martin is also a well respected motivational speaker. He uses the lessons he has learned during his career and relates them to the modern business world. He also teaches people how to survive in the office, using the techniques that he learned in order to survive in the field.

He is also an accomplished after-dinner speaker, reminiscing about the characters with whom he has served and from whom he learned vital lessons about getting the best from the team under the most difficult and demanding circumstances. He manages to do this with a refreshing, humorous and engaging speaking style.